I got a letter from Joe today with a cutting from the Timaru Herald about the Mt Cook Cup game which Mackenzie won 18-9 against Pleasant Point.  This is one paragraph from it: 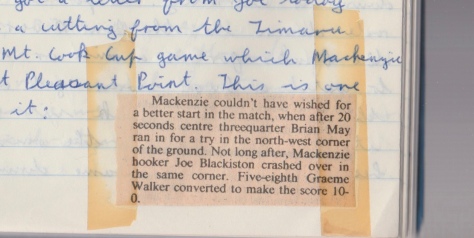 Linda worked in the kitchen at lunch time for a bit of extra money, then we caught the train into London and went round to Kumuka.  We paid our airfares to Nairobi¹ and found out a few things, then went and had a cup of tea and a bun. Then we caught a bus at random and it took us past the Hard Rock Cafe so we hopped off the bus and had a couple of burgers in there.  Then, we caught the Circle Line² back to Liverpool Street and the express back to Broxbourne. 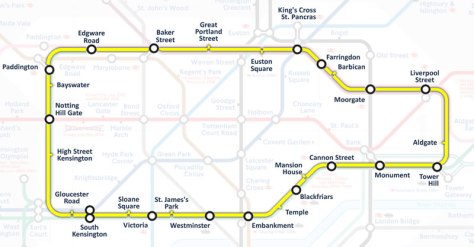